At the very moment, when an ordinary girl from Nosivka (a small town in Ukraine) becomes an American senator and votes for a lend-lease for Ukraine.

In 1999, Victoria Kulheyko was traveling around Ukraine by train and noticed that an American man, named Jason Spartz was trying to order dinner but the waiter did not know English. And nobody else in the train car knew how to speak English. So she offered to help him interpret. Mr. Spartz was very grateful and both exchanged their contact information.

With the years, they both got to know each other better and fell in love. In the year 2,000, Miss Kulheyko became Mrs. Spartz and moved to the U.S.A.

Her husband’s successful agrarian business received great support from Victoria in accounting and finance. Her talent was noticed and soon, she started teaching at Indiana University.

Victoria became one of the founding members of the Hamilton County, Indiana, Tea Party. She served as the CFO in the Indiana Attorney General’s office and she was also an adjunct faculty member at the Kelley School of Business in Indianapolis.

In June 2019 Victoria announced her candidacy for Indiana’s 5th congressional district. And to everyone’s surprise, she won the Republican primary elections on June 2, 2020. Her candidacy for the Senate was supported by 187,000 Americans. 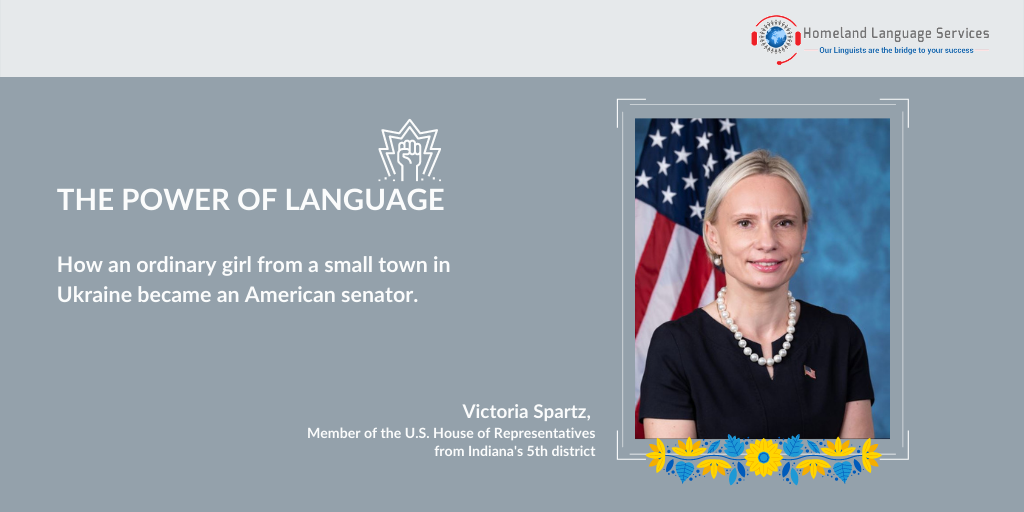 This is how, from a simple dialogue with a foreigner, Victoria Spartz became an extraordinary foreigner leader and an example to many people.

“I look forward to contributing to the United States’ beacon of freedom and hope for people around the world, and to promoting the free market and the rule of law in countries suffering from corruption and oppression. My warmest wishes to Ukrainians!” – this is the phrase Victoria said during one of her first speeches in the Senate.

The time has come. The lend-lease act was signed on May 9th, 2022. This is the start of a new era in the Russo-Ukrainian War when Ukraine is able to get great support to save and restore the country’s sovereignty.